Fashion Film Festival Kyiv is the first contest of fashion films Ukraine, founded in 2018 to popularize fashion films and to support the collaboration of designers, film directors, bloggers, cameramen, and modern artists.

The organizers of the festival ­– FILM.ua and the Ukrainian Fashion Week, as real national leaders of the creative industries, make a new step towards the fans of visual art.

The festival was preceded by several years of experimentation with the event format in the context of the Ukrainian Fashion Week platform. In November 2014, the festival was presented at the ELLE Fashion Film Festival.

"Foreign members of the jury, whom we involve in work on such responsible projects, traditionally note the high creative potential of Ukrainian authors. Our goal is not only to support the talented Ukrainians but to assist them in further professional growth, career development " – Iryna Danylevska, co-founder and head of the Organizing Committee of Ukrainian Fashion Week.

"As leaders of the cinema industry, we believe that creating new destinations, expanding our business and integrating it into the fashion industry is a path to success in the visual arts. We want to unite the entire industry of content around us. And we are very pleased to have become the venue for such an event because the atmosphere of the studio should strengthen and inspire the creators on incredible collaboration! "- Iryna Kostyuk, producer of FILM.UA Group.

The first FFFK, took place in May 2018 and gained a great interest of the audience, and the unique program presented by the organizers showed that genre film festivals have good prospects for further development.

The high professional level of the festival was supported by the work of the international jury: 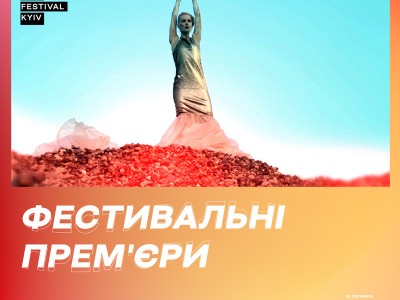 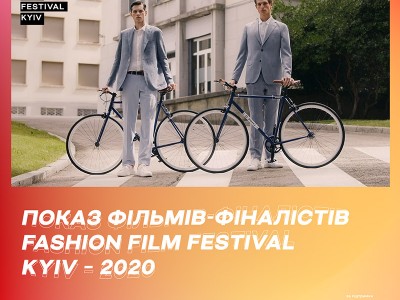 From June 10 to September 3, the Fashion Film Festival Kyiv-2020 is taking place for the third time. The festival is held online. The organizers... 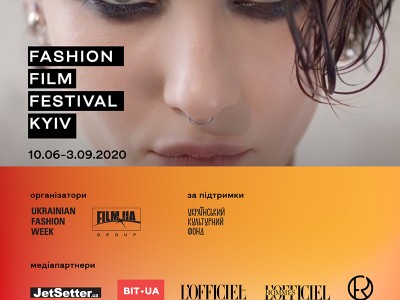 From June 10 to September 3, the Kyiv-2020 Fashion Film Festival is taking place for the third time. The festival is held online. In total, 124... 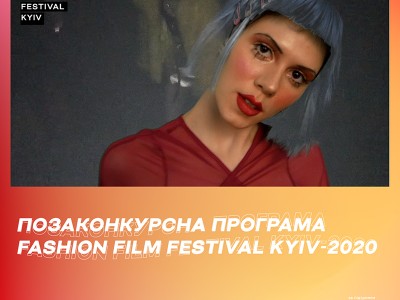 Fashion Film Festival Kyiv-2020 expands its boundaries and presents an out-of-competition program. Five exceptional films that were not included... 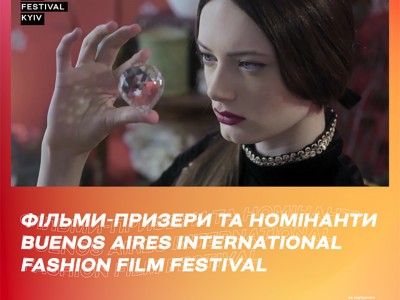 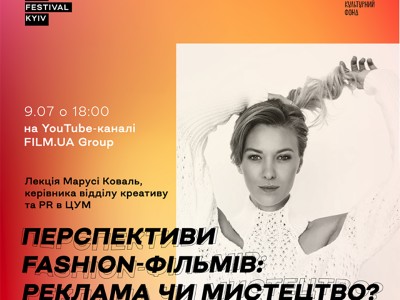 This week within the festival a lecture "Prospects of fashion films: advertising or art?" by Marusya Koval is scheduled. Marusya Koval, Head of... 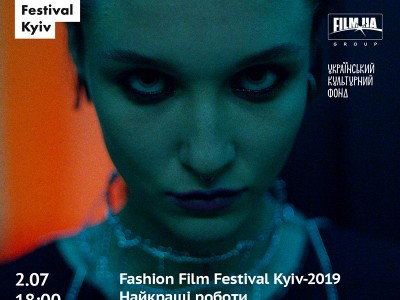 Every Thursday during the Fashion Film Festival Kyiv you will be able to watch digests of the best works of international fashion-video festivals.... 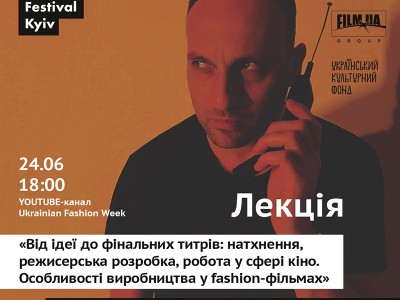 Fashion Film Festival Kyiv is continuing with the "From Idea to Credits: Inspiration, Film Direction, and Work in the area of Movie Production.... 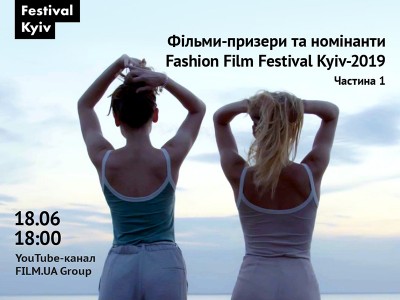 Every Thursday during the Fashion Film Festival Kyiv you will be able to watch digests of the best works of international fashion-video... 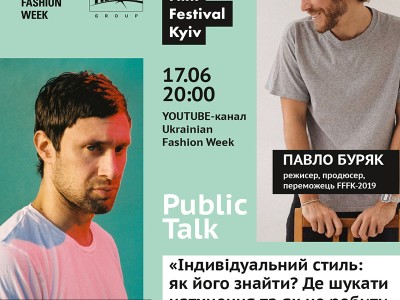 The festival continues with the Public Talk “Personal style: how to find it. Where to find inspiration and avoid making a second hand...

From June 10 to September 3, the Kyiv-2020 Fashion Film Festival is taking place for the third time. The festival is held online. This year,... 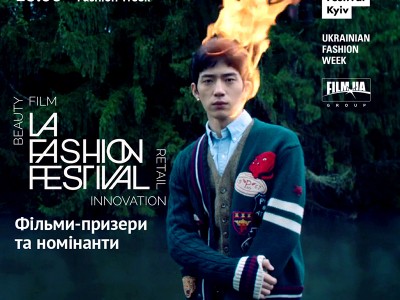 Every Thursday within the Fashion Film Festival Kyiv you will be able to watch digests of the best works of international fashion-video...