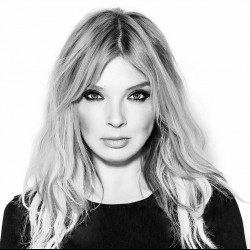 Olga Navrotska started her career with Iryna Bilyk solo concert 'Oma' in 1997: she created costumes for the singer and for her show ballet troop.

Navrotska has been granted numerous fashion awards: fashion 'Style Icon' within ElleAwards, 'Best Stylist' within Best Ukrainian Awards, 'Stylist of the Year' within the Black Pearl contest and a prize from Best Fashion Awards for being the designer with active social position. Olga Debuted on TV in 'Chance' project: she was dressing emerging pop stars.

In 2005 Olga opened her own studio of designer clothes, and in 2007 she registered NAVRO TM.

In May 2011 Olga presented her first collection under NAVRO brand. In spring 2012 Olga Navrotska together with stylist Olga Slon' launched the second line of clothes - QUEEN CASUAL by NAVRO. There have been launched three collections of the line, and the fourth one is planned for 2016.
In December 2012 Olga presented her new collection NAVRO INSPIRED BY UKRAINE (NIBU).
In October 2015 Navro brand debuted at Ukrainian Fashion Week with SS 16 collection 'A LITTLE CHAOS'.