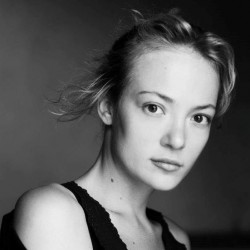 Maria Bekh graduated from Instituto Marangoni, which has its filial in the most prestigious European fashion capitals: Milan, Paris, London. In 2010 the designer won a grant for a supplementary year of studies and internship in Milan. Within her studies in Paris Maria had chance to practice in renowned companies. In May 2010 by means of open votes Maria won the first prize of 'Triumph Inspiration Award' competition (Paris). The works of the designer were presented at Galeries Lafayette in different cities of France. In summer 2010 the designer was practicing in the studio of a Scandinavian fashion queen Malene Birger.

Maria takes active part in social and charity programs of 'ANTIAIDS' Olena Pinchuk Fund. Apart from that, the designer together with the Fund developed the design of the latest Fashion AID collection.

Apart from design Maria works with photography. She was taught this art by the guru of international photography – Anders Petersen, Bruno Stevens and Philip Pasha. Maria Bekh took part in numerous photo exhibitions and at the present moment she organizes herself all photo sessions and visual promotion of her collections.